The KÁV located in Brossman Commons

President and CEO of the McIlhenny Corporation 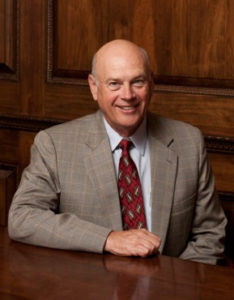 Tony is the “great-great-grandson” of Edmund Mcllhenny, creator of the original Tabasco pepper sauce.  McIlhenny Company has been family owned and operated since its inception, and Mr. Simmons is the seventh member of the McIlhenny family to lead the company.

TABASCO® products are sold in more than 165 countries and territories around the world and labeled in 22 languages and dialects.

Come spend the morning with us on Thursday, September 20, 2018