REGISTRATION WILL OPEN ON DECEMBER 10, 2022.  Contact The High Center to be added to the registration email list.

A Silicon Valley icon, technology entrepreneur and philanthropist for more than forty years, Steve Wozniak has helped shape the computing industry with his design of Apple’s first line of products the Apple I and II. He also influenced the popular Macintosh. In 1976, Wozniak and Steve Jobs founded Apple Computer Inc. with Wozniak’s Apple I personal computer. The following year, he introduced his Apple II personal computer, featuring a central processing unit, a keyboard, color graphics, and a floppy disk drive. The Apple II was integral in launching the personal computer industry. He is listed as the sole inventor on four Apple patents.

In 1981, he went back to UC Berkeley and finished his degree in electrical engineering/computer science. To date, Wozniak has received ten Honorary Doctor of Engineering degrees. Wozniak, founded the company Unuson, an abbreviation of “unite us in song”, which sponsored US Festivals in 1982 and 1983. Initially intended to celebrate evolving technologies, the festivals ended up as a technology exposition and a rock festival as a combination of music, computers, television, and people.

For his achievements at Apple, Wozniak was awarded the National Medal of Technology by President Ronald Reagan in 1985, the highest honor bestowed on America’s leading innovators. In 2000, he was inducted into the Inventors Hall of Fame and was awarded the prestigious Heinz Award for Technology, The Economy and Employment for single-handedly designing the first personal computer and for then redirecting his lifelong passion for mathematics and electronics toward lighting the fires of excitement for education in grade school students and their teachers.

Through the years, Wozniak has been involved in various business and philanthropic ventures, focusing primarily on computer capabilities in schools and stressing hands-on, experiential learning that encourages creativity and innovation by students. Making significant investments of both his time and resources in education, he adopted the Los Gatos School District, providing students and teachers with hands-on teaching and donations of state-of-the-art technology equipment.

He also founded the Electronic Frontier Foundation, and was the founding sponsor of the Tech Museum, Silicon Valley Ballet and Children’s Discovery Museum of San Jose. In 2014, he was awarded the Hoover Medal, a prestigious honor given for “outstanding extra-career services by engineers to humanity,” and was inducted into the IndustryWeek Manufacturing Hall of Fame. In 2015, Wozniak received the Legacy for Children Award from the Children’s Discovery Museum of San Jose. The Legacy for Children Award honors individuals whose legacy has significantly benefited the learning and lives of children. The Cal Alumni Association (UC Berkeley’s Alumni Association) presented Wozniak with the 2015 Alumnus of the Year Award.

Wozniak is the author of iWoz: From Computer Geek to Cult Icon (Norton Publishing), his New York Times best-selling autobiography. His television appearances include: ABC’s Dancing with the Stars, The Big Bang Theory, My Life on the D List, The Late Show with Stephen Colbert, Conan, The Tonight Show Starring Jimmy Fallon and Celebrity Watch Party.

Wozniak continues to pursue his entrepreneurial and philanthropic interests to this day. In October 2017, Steve co-founded Woz U — a postsecondary education and training platform focused on software engineering and technology development. He has also recently co-founded Efforce — which leverages disparate applications of blockchain technology.

When Woz and his wife, Janet, are not traveling the world trying to inspire the next generation or building sustainable businesses, they live a happy life in Los Gatos, California with their four Bichon Friese dogs Ziggy, Zelda, Jewel and Wozzie.

“The Afterburner Seminars team of current and former fighter pilots, U.S. Navy SEALs and other elite military professionals has a powerful mix of combat experience and professional acumen, including graduates of top business schools and academies. For nearly 20 years, they’ve leveraged their expertise in strategic execution, strategy development, leadership training, and VUCA (Volatile, Uncertain, Complex, Ambiguous) environments to empower individuals, teams, and organizations to close execution gaps, accelerate learning and lead more effectively in the pursuit of cultures of excellence.” 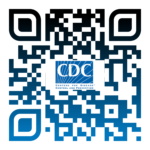 In continuing with our ongoing practice of following the recommendations of the CDC and guidance based on our own local area, masks are no longer required. Lancaster County is currently in a low community level.  Please feel free to wear a mask if you feel more comfortable doing so, or if you are at an increased risk for severe illness, or live with or spend time with someone at higher risk.  If you are feeling sick on the day of the event, we ask that you please do not attend. For additional information from the CDC, scan the QR code to your left with the camera setting on your smart phone or click cdcLINK.